The History of Search Engine Optimization

Search engine optimization is still a relatively new idea, and unless you are in the field, you may not actually know what it is or how it works.

SEO can be defined as “the practice of increasing the quantity and quality of traffic to your website through organic search engine results.” This definition comes from Moz, a leader in all things SEO software.

The early days of search engines

Many people credit the invention of the first search engine to a man named Alan Emtage. He was a student at McGill University and in 1990 he created “Archie.” Archie was a very primitive way to find information on the internet. It was a simple tool created to find specific titles of early FTP (file transfer protocol) sites.

Three years after Archie came Architect, which would later become Excite. This was developed by six students from the university of Stanford. The big development here was that Excite made it easier to find information. Instead of performing a specific title match like Archie, Excite introduced keyword search.

Also in 1993, we saw the introduction of the first “bot-fed” search engines. Bots crawl through webpages to understand and learn what the website is about. Then, when someone makes a search relevant to the crawled website, the bot will show the user a saved version of the page. So these early bot-fed search engines were able to crawl websites to provide results to users.

Yahoo! Was first introduced in 1994, and two years later the beginnings of Google were born. The earliest version of Google was a search engine Larry Page and Sergey Brin called Backrub. A year later in 1997 the name Google.com was a registered domain name.

As search engines became more and more popular, people figured out better ways to use them, and this includes the introduction of search engine optimization.

In the 90’s an increasing number of families owned home computers which means there were more and more people using these search engines on the daily.

With so many more people searching for information, some people took advantage of the situation. Since these early search engines would return relevant websites based on a query by keyword match, people figured out that if they stuffed a website full of a keyword it would get shown to users.

This may have worked as far as getting a lot of people to visit their website, but users would not have a great experience. Keyword stuffing generally makes information repetitive and challenging to read and understand.

Overall, not a great way to learn information. The main motivation for stuffing keywords was because the more visitors to a site, the more people seeing ads there and the more the website host got paid by the advertiser.

When Larry Page and Sergey Brin created Google in 1997 they had a plan to change that.

The solution Page and Brin cooked up to create a better user experience was called PageRank. This innovative technology was a way for Google to serve users high-quality websites that actually gave them the answer they were looking for, as opposed to the spammy, keyword-stuffed webpages.

This is really where we begin to see modern SEO taking place. Google was focused less on advertisers and more on making a great user experience.

The earliest guideline for a website to rank was based on the number of inbound links it had. This was a good idea in theory, but at the time there was no way to know if a link was from a reputable source, or was just more spam. This means some people were able to rank completely unrelated pages to queries just because of the backlinks they got.

In 2003, pages received penalties for the first time. This came from an update called “Florida” that penalized a webpage for keyword stuffing. Even though Page and Brin had created guidelines to create better webpages, this was the first time they enforced those guidelines.

2004 saw Google team up with Yahoo to introduce the NoFollow Attribute. The website Backlinko defines NoFollow as “The nofollow tag tells search engines to ignore that link. Because nofollow links do not pass PageRank they likely don’t impact search engine rankings.”

As we approach the end of the 2000s, Bing appeared for the first time. This was a search engine that was supposedly better than Google, but their SEO strategy was not unique enough to give users a better experience. Later in 2009, Google introduced the Caffeine update. This update increased the search engine’s speed.

Finally, in December of 2009 Google included resources other than websites in their results. The first additions to the results page were breaking news articles and tweets.

In 2010 social media content became increasingly important to SEO. They also began to give PageRank to Twitter.

Soon after in 2011, Google rolled out the iconic Panda update. Panda resulted in some public ranking incidents. This algorithm update was created to bring down content farms. The typical website that got punished by Panda was creating frequently updated, low-quality content, and had a large amount of ads.

Through the years, Panda has been through many updates itself, all with the intent of better user experience.

2012 saw the second iconic update, Penguin. The websites targeted by this update were still using blak-hat SEO. An example would be a webpage that still included spammy links in the copy. Google also started looking at content above the fold. Web Pages that were full of ads above the fold would be penalized.

The final big update was the mobile update in 2015. This is when Google gave weight to having a responsive design. Google wanted to make sure that mobile-users could also have a great experience. The following year, Google also penalized mobile sites that had excessive pop-up windows.

Some new and continuing updates are for voice search. More and more people are using voice search with their digital assistants to get answers to their questions. This means SEO must continue to evolve to answer queries to the best of their abilities.

How SEO relates to you

As we have learned, SEO has been through many changes throughout the years. These changes have had the end users in mind, which can make it tricky for marketers to design a webpage that both satisfies Google’s requirements and the requirements of the web pages.

If you know that your drug treatment and rehab center’s website has been struggling, and you are willing to give some SEO options a try, contact Rehab Center Marketing today!

We will work with you to get your website to where you want it to be. We cover SEO, PPC, email marketing, social media and web design services. Call us today at  855-316-6098.

This site uses Akismet to reduce spam. Learn how your comment data is processed. 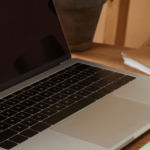